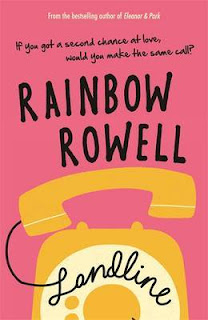 Georgie McCool knows her marriage is in trouble. That it’s been in trouble for a long time. She still loves her husband, Neal, and Neal still her, deeply — but that almost seems the point now.

Maybe that was always the point.

Two days before they’re supposed to visit Neal’s family in Omaha for Christmas, Georgie tells Neal that she can’t go. She’s a TV writer, and something’s come up on her show; she has to stay in Los Angeles. She knows that Neal will be upset with her — Neal is always a little upset with Georgie — but she doesn’t expect to him to pack up the kids and go home without her.

When her husband and the kids leave for the airport, Georgie wonders if she’s finally done it. If she’s ruined everything.

That night, Georgie discovers a way to communicate with Neal in the past. It’s not time travel, not exactly, but she feels like she’s been given an opportunity to fix her marriage before it starts . .

Is that what she’s supposed to do?

Or would Georgie and Neal be better off if their marriage never happened?

So far, I've enjoyed Rainbow Rowell's books, both her adults and young adult books. Landline did not disappoint me. I really, really love this book. There was something romantic and magical about this book. I love watching how Georgie tried to mend her marriage to Neal. She did a little bit of time travelling through the yellow landline by calling and talking to young Neal. The Neal, who hasn't even proposed to her yet.

Georgie wasn't a perfect character. She was not a really romantic person. She had flaws, and she may moan a bit too much about her relationship with Neal, when she was supposed to work on her show. But I feel like I understood that. She can't really focus on her work while her marriage might be in trouble. I'm not married yet, but, I do enjoy her thoughts on marriage and commitment. There was this conversation between Georgie and her sister, about 'the one' that I really love.

“It's more like you meet someone, and you fall in love, and you hope that that person is the one—and then at some point, you have to put down your chips. You just have to make a commitment and hope that you're right.”


Rainbow Rowell is an amazing author, and if you're looking for an adult romance book, I would totally recommend Landline. It's a bittersweet romance about second chances with a sweet, happy ending.
Posted by Unknown at 11:35:00 PM No comments: 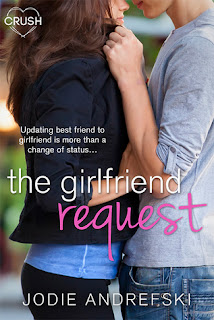 Emma has been best friends with Eli since she moved to his neighborhood ten years ago. Tired of being cast in the role of the girl next door, Emma creates a fake Facebook profile in the hopes of starting an online friendship with Eli, which would hopefully lead to more. Likeway more. From friend request to In a Relationship--it all seemed so completely logical when she'd planned it.

Eli can't figure out what Emma is up to. He’s pretty sure she's the one behind the Facebook profile, but then again, why would she do something so drastic instead of just admitting she wants to be more than friends? And who the heck is this new guy he saw her with? Eli starts to think that just maybehe missed his chance with the girl next door.

Two best friends, one outlandish ruse. Their status is about to become way more than It’s Complicated…

This Entangled Teen Crush book contains one fake Facebook profile, two best friends who secretly crave each other, and a dreaded sex talk with parentsboy crush in the room included. a relationship beyond the friend zone has never been so crazy…

I was intrigued to read this book after reading the blurbs. It sounds interesting and I expect that the story was going to be funny. Besides, I really wanted to know how Emma's plan to with this fake profile will go.

Emma has been best friends with Eli for a long time, and she wanted to be more than his friends. So, she created a fake Facebook profile, and role play as 'Kelli' and hope to start an online friendship with Eli. But things didn't really go as the way she planned, when Emma was caught in her own lies.

The Girlfriend Request was written in both Emma and Eli's point of view. I quite like that, since I get to know what they both are thinking about each other. I have to say that I'm not really a fan of Emma. I know that she has her own insecurities, and sometimes, the insecurities led her to do something stupid. There are times when I could understand why she do what she did, but most of the times, I get frustrated with her decision, especially when she decided to play the jealous game, by going out with her fake boyfriend, Jake. I like Eli more than Emma. At least he didn't try to pull something stupid as Emma.

I definitely enjoyed the minor characters more than the major one. I love how Sarah, Emma's friend, tried to talk some sense into her. And I love how Emma's parents can be embarrassing and supportive of their daughter.

The Girlfriend Request can be straightforward and predictable, but it is definitely an enjoyable, light read. I enjoyed reading about Emma and Eli's friendship, and how they grew to be something more. There are some funny moments, and teen angst. I would definitely recommend this to those who were looking for a light, teen reads.

I received a copy of this book from the author/Netgalley/publisher in exchange for my review
Posted by Unknown at 12:36:00 PM No comments: 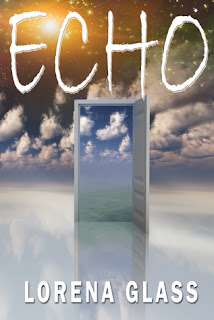 Echo is the first book of a trilogy that is the epic love story of two cursed lovers that fate, time, and death are constantly conspiring to keep apart; while they are determined to defy all three to be together. Whenever one dies, the other time travels to the lost lover's next (or last) incarnation. The story spans over a millennium; to several different times, places, and lives of two extraordinary lovers whose devotion to each other defies all barriers and all odds---and an extraordinary love that will never, ever die.

Echo tells a story of  Karissa and Adregin and their accursed love. It seems that death would always follow them, and constantly keep them apart. So whenever one of them dies, the other will time travel to the other's incarnation.

I love time-travelling books, and naturally, I can't really say no when I was given the chance to read and review Echo. I think it's okay to say that Echo was divided into three parts. The first part of the book was good. It started out slowly, but, I did enjoy it, until something happened to Karissa and Adregin, which I thought were a bit too rushed. Then, there's the second part. I thought that the second part was a bit too dragging for my liking, and I don't really like the character, Iilassa. She sounded a bit too immature, and whiny.

I thought that Echo was an okay read. It wasn't that bad. The idea and setting were quite good and the author did a great job describing the history and places. I just think that I didn't like the characters, the way the story kept dragging and the way the story ended.

Echo is the first book of a trilogy, and I'm torn between wanting to read the next book, or not. I am curios to know what will happen to the characters and how will they achieve their happily-ever-after, but I am worried that the next book would continue to disappoint me.

I received a copy of this book from the author in exchange for my review
Posted by Unknown at 9:47:00 PM No comments:

Review: You'll Be Thinking of Me by Densie Webb 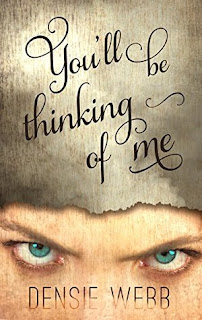 You'll Be Thinking of Me
Densie Webb

A chance encounter with a celebrity, an impromptu video, and a shiny new espresso machine. It all added up to a juicy tale for 24-year-old Rachael Allen to share with friends. But when her best friend posts the video online, bizarre threats, home break-ins, and deadly gifts from an obsessed fan follow close behind. Mick Sullivan, the star in her video, offers to help and in the process, Rachael discovers that despite his reputation as a player of Olympian caliber, he’s down-to-earth—and emotionally damaged. He has secrets; some he’s shared only with his pseudo best friend. Others he's shared with no one. But there's one secret he’s hidden from himself, washed away by too many beers. Despite wildly divergent life paths, their shared southern upbringing (and a passion for good music) creates a common thread that draws them together.

As the threats escalate, and their relationship deepens, Rachael struggles to accept Mick’s past—and his present. And she is forced to confront her own obsessive love to ultimately decide if being with Mick Sullivan is worth the collateral damage.

YOU'LL BE THINKING OF ME is the story of Rachael's serendipitous encounter with a celebrity, her brush with obsessive love, and the bittersweet gift left behind by the very person fixated on destroying her life.

When Rachel Allen shared a video of her meeting with a celebrity, Mick Sullivan with her friend, she didn't expect that her friend would post the video online. Since then, Rachel has gotten threats, and few other 'gifts' from Mick's obsessed fan. Mick persuaded Rachel to move into his home until they caught the stalker, but the stalker's threat gotten more serious, and their lives were in danger.

Wow. This book isn't what I've expected. I really enjoyed this book right from the start. Rachel and Mick were two likable characters, and I really enjoyed their interactions and chemistry. The other characters made the story much more interesting too. Although, I couldn't say that I like Rachel's best friend. There's a little bit of crime, suspense and romance that makes me want to continue reading until the end. I really like Densie Webb's style and how she built the story in You'll Be Thinking of Me. The tension building with the sick stalker was really good. There was a little bit of twists towards the end that I didn't expect.

I absolutely recommend You'll Be Thinking of Me to those who enjoy reading a bit of  mystery and thrill. I know that I'll be looking forward to Densie Webb's other work after this.

I received a copy of this book from the author in exchange for my review.
Posted by Unknown at 6:22:00 PM No comments: